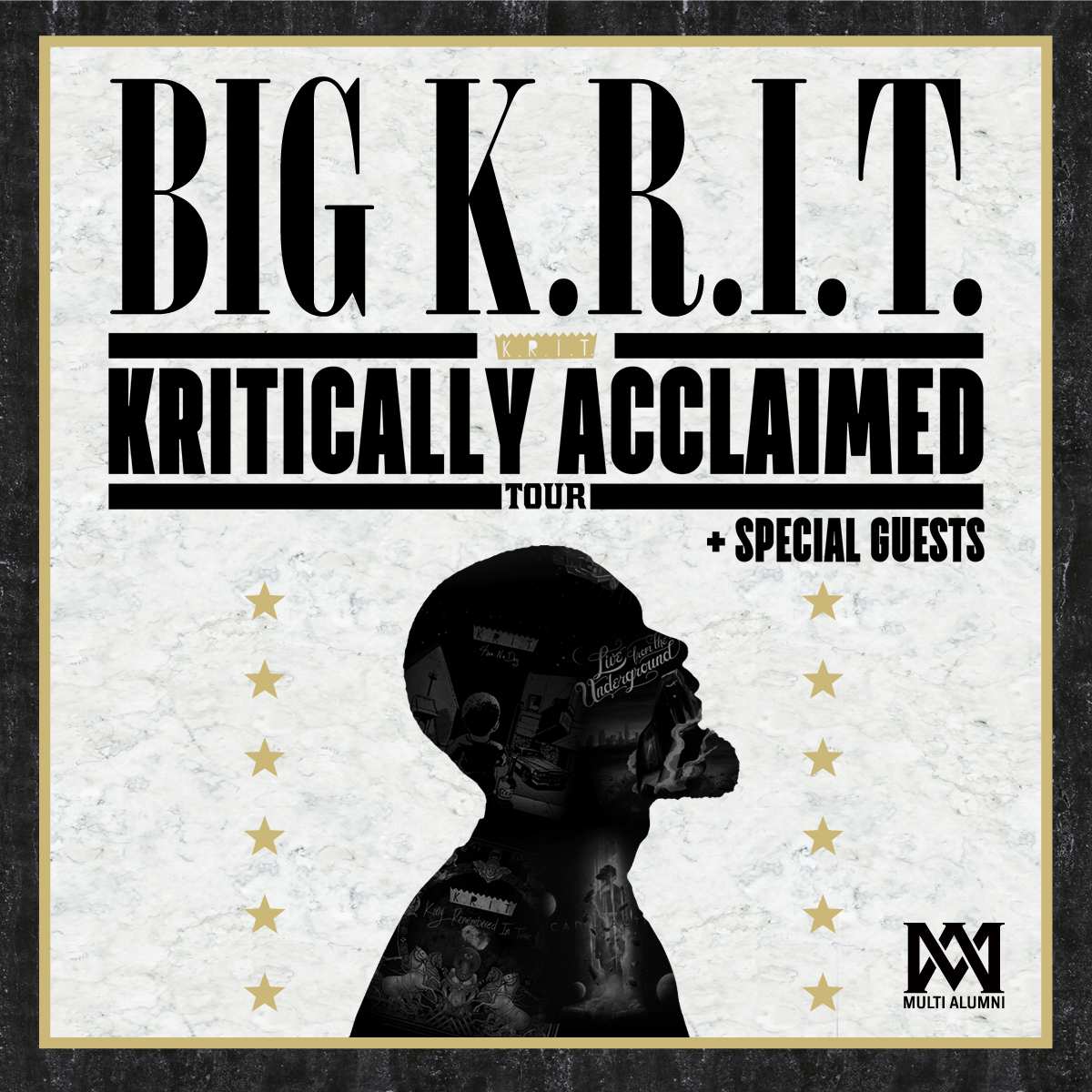 The 39-city tour will kick off on October 22 in Norfolk, VA, continuing to major markets including New York City, Chicago, Denver and Los Angeles, ending on December 18 in Atlanta. Tickets are currently available at www.BigKrit.com with additional information on VIP packages coming this Friday, August 28.

On the “Kritically Acclaimed Tour” Big K.R.I.T. will perform music off his lauded second studio album Cadillactica, which debuted at #1 on the Billboard Hip Hop/R&B Chart in 2014. The album proved to be a breakout moment for the seasoned Mississippi bred MC with critics such as Pitchfork proclaiming “Cadillactica is the triumph of a style that has all but been discarded” and Billboard stamping the album as Big K.R.I.T.’s  “best work” to date.

Born and raised in Meridian, Mississippi, Big K.R.I.T. has gracefully shouldered the mantle of Southern rap’s next great star since breaking out with his 2010 mixtape K.R.I.T. Wuz Here. He was featured on the cover of XXL’s annual Freshmen issue in 2011 and hasn’t looked back—the mixtapes Return of 4Eva (2011), 4Eva and a Day (2012), and King Remembered in Time (2013), along with his debut album Live From the Underground (2012), have continued to raise the bar.